Until then, The Arab media lab project thought about honoring the memory of Cinema Salam by proposing a weekly Virtual film program, along with discussions and master classes. Short film nights program is one of them 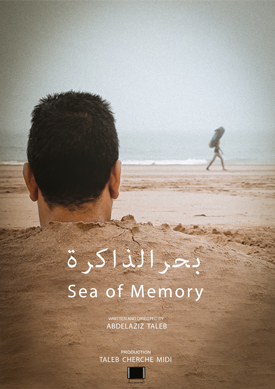 “Home is not where you were born; home is where all your attempts to escape cease” Naguib Mahfouz

A buried Man watching the sea but at the same time living a dim dream of a final departure. He migrated psychologically and has left the country on the emotional level 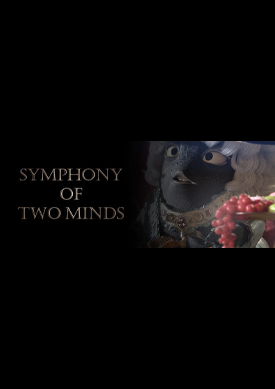 How do we choose to mix influences when dealing with a medium as new as CG animation ? From live action independent movies to Japanese anime, CG animation is still a new form of media trying to find its own style, to differentiate itself from traditional cartoon.
This short is a playful attempt at bringing those influences together, from the point of view of the characters themselves. Trough their interrogations, we ask ourselves if there is a different path to the way we treat animation today. 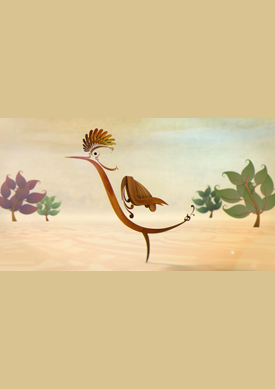 The film is a personal adaptation and interpretation of the story, The Conference of The Birds. Simorgh is an animated chorographical piece that incorporates Persian music, calligraphic art and ornamental design to tell the traditional Persian story of life that deals with the fragility of self-worth.
The film has been widely embraced across the global film festival circuit where it has been honored with several international film and animation awards. 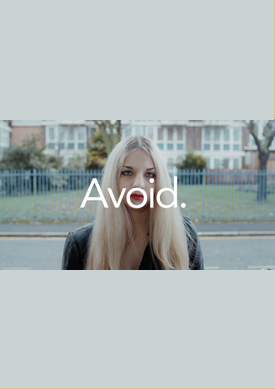 A portrait of teenage escort, ‘Coco’ 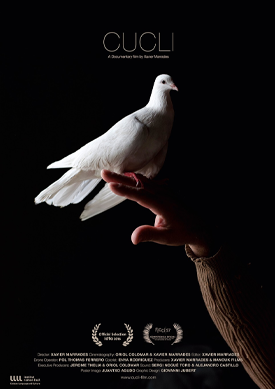 Ramon lives with his parents, although he is away most of the week working as a truck driver. These are long and lonely trips until he meets a very special companion that changes everything.
Cucli tells a story about love and companionship after death and its transformative effect. How through memories, the supernatural can find its way into our mundane lives. 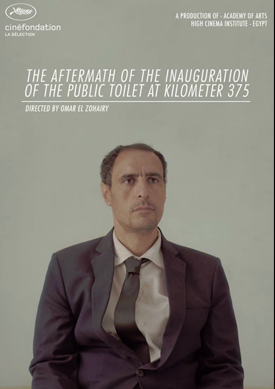 Fear is an instinct lying under the skin. But what if it mutates? Adaptation of the short story “Death of a Government Clerk” by Anton Chekhov. 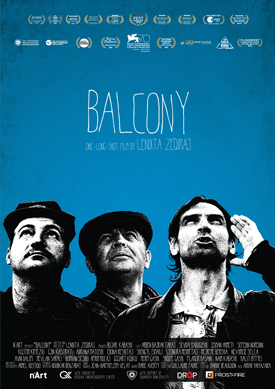 It is an observation of the authentic mindset of our society, which quickly may deviate into an absurd situation. Shot in one long sequence that begins in the sunset and ends at twilight, as a cinematic expression that reinforces immersion into an absurd situation, revealing the reality of everyday life in today’s Kosovo society.

Jeton, a 10-year-old boy is sitting on the edge of a balcony on the 4th floor. Neighbours and passers-by, terrified by this situation, call the police and firefighters for help. But the situation quickly becomes unmanageable. 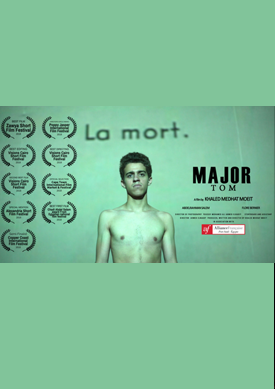 Thomas’ french sex icon tells the story of him trying to achieve his dreams while struggling from his father. 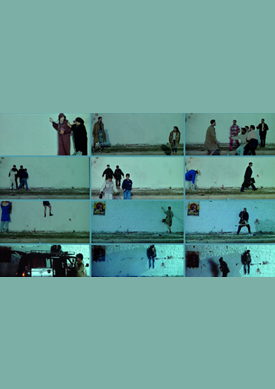 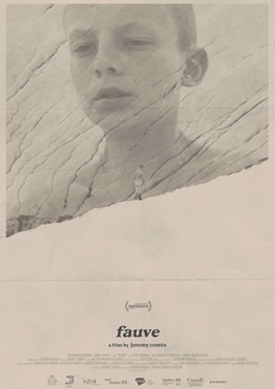 Set in a surface mine, two boys sink into a seemingly innocent power game with Mother Nature as the sole observer. 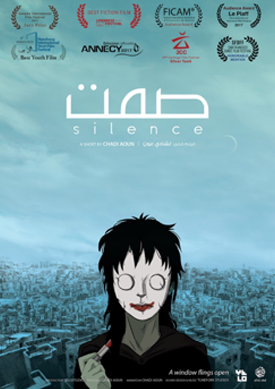 In a fanatic dictatorship, modern dance is the secret code of the silent resistance. At out-of-the-way places in town, young people celebrate the hidden joy of life with their bodies, to cope with the terror they experienced.
SAMT (silence) is an introduction to a dysfunctional society about to implode. 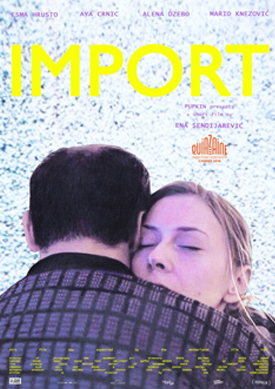 A young Bosnian refugee family ends up in a small village in the Netherlands after getting a residence permit in 1994.
Absurd situations arise as they are trying to make this new world their home. 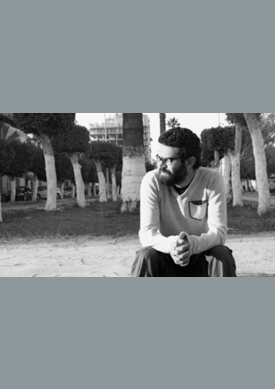 An iconic picture of Bibi Andersson and Liv Ullmann from Ingmar Bergman’s 1966 film Persona stuck to a shampoo bottle triggers a tale of broken and unveiled dreams about a woman and an adventure of chasing for answers in modern day Cairo. 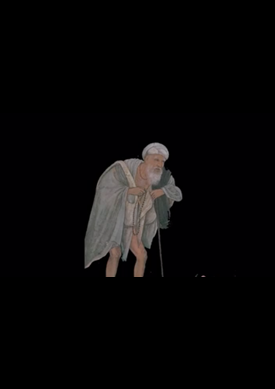 In the universe, there are things that are known, and things that are unknown, and in between, there are doors [William Blake].
An old pilgrim dressed in rags observes a flower in the dark of the night … The old man is a door between the things that are known and unknown … symbolizes the decline and the end of what we have taken for real, and now it is perceived as ephemeral and inconsistent, as the poverty of his clothes dragged by time.
The proximity of death as an unavoidable truth gives his own vision; a new and deeper insight not limited to visual perception, and beyond logic and laws of the world. Maybe that’s why in the dark of night can contemplate the beauty of a flower. 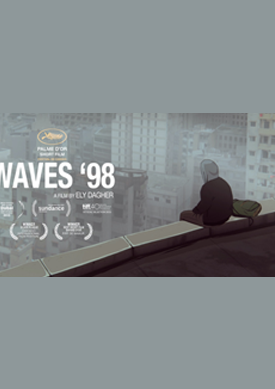 The short was awarded the Palme D’or in the short flm category at the closing ceremony on the 25th of May in Cannes, France. Waves ’98 is as much a narrative film as it is a personal visual essay dedicated to Dagher’s hometown.
The film is an artistic exploration of the director’s current relation with his Lebanon, his home country, projected through the story of a teenager and set in 1998. Since moving abroad to study and work, Ely Dagher has been spending more and more time outside of Lebanon, and his attachment to Beirut Started to become more and more complicated.
The overall Narrative of the film is heavily based on Ely’s efforts to understand his changing relationship with the city and it’s life, juxtaposed with the narrative of a teen ager’s exciting discovery of this segregated city. 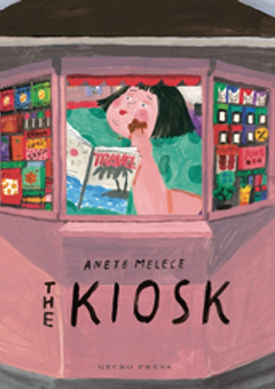 For years now, the kiosk has been Olga‘s little home simply because her sweet tooth and monotonous life has made her bigger than the exit. To distract herself, she reads travel magazines and dreams of being far away. An absurd incident starts the beginning of her journey. 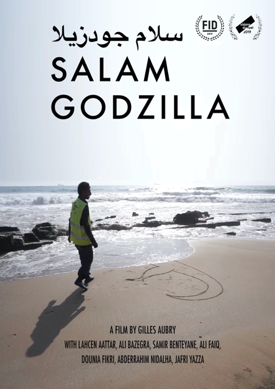 Agadir, 1960. A violent earthquake destroyed the whole town, except for a few buildings, including the Salam movie theatre. By a strange twist of fate, apparently the film shown that night was Godzilla, King of the Monsters, a famous figure of post-apocalyptic days. This coincidence guides Gilles Aubry, mike in hand, all ears to echoes of the past, as he leads an investigation and tries to spot distant or tenuous traces left by time. Such rich material, where dinosaur tracks, newsreels, or even seismic surveys can resonate with poetic verses sung by Ali Faiq, or the movements of Haha dancers. Shot inside the cinema and in the surroundings of Agadir, the film is driven by an abstract soundtrack recorded on location.