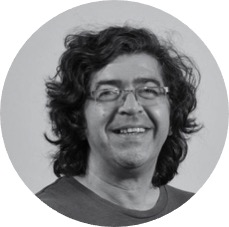 Ali Essafi (1963, Morocco) studied psychology in France before entering the world of filmmaking. His works as a director include General, Here We Are, The Silence of the Beet Fields, Ouarzazate Movie and Shikhat’s Blues which have been screened widely on the international circuit.
Back in Morocco, he started a long period of research into North-African film & visual archives. These have been transformed into films and artworks such as Wanted and Halaqat which have been exhibited in various exhibitions and events worldwide.
During the course of this research, he met the artist Ahmed Bouanani and began to restore works by Bouanani that had hitherto been forgotten. Selected this year for the DAAD residency in Berlin, he is currently finalizing a film shot with Ahmed Bouanani during the last years of his life.

The film is the story of a trip on the remote island of Socotra in the Indian Ocean. The expedition is a hard trek to the interior of the island, known in antiquity for its Phoenix and Rukh birds. On the journey are Ahmed Afrar, youngest son of the late sultan of Socotra, some companions and three cameleers with their animals.

Enroute to visit relatives, the socotrians speaking in their own language, a descendent of the old language of the Kingdom of Saba, they tell stories by the fire. During the night, conversation turns to legends of djinns and monstrous snakes that dwell in the cavernous interior of the island. A vanishing world is revealed.disappointment!. This screening will also be held outdoors, please dress warmly! 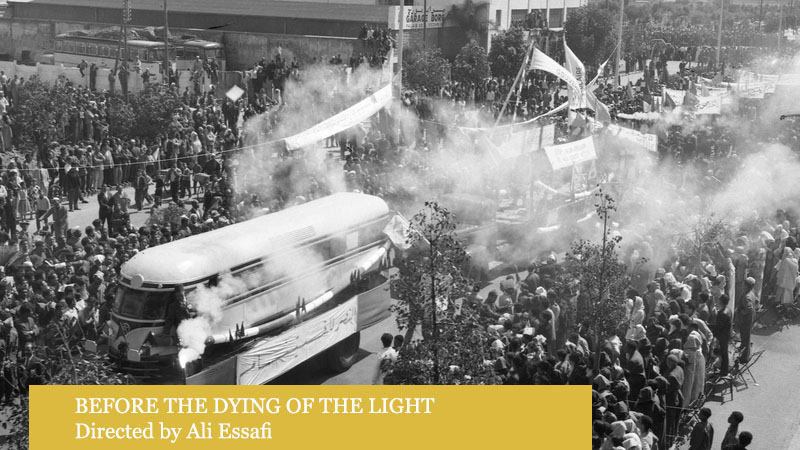 Introduction about Creative Documentary film by the expert

PHASE II - Documentary Filmmaking through the works of ALI ESSAFI

ALI ESSAFI will get deep into his vision of documentary making. He will share his way of  working by giving some tips and tricks that can be used in your future film or art projects