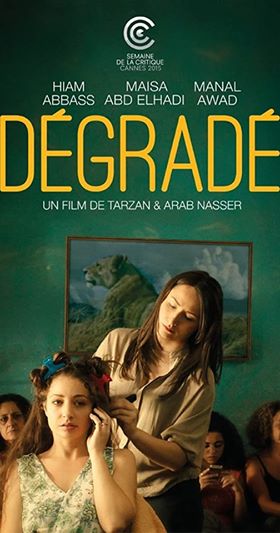 In Gaza, two hairdressers and ten customers of various ages and backgrounds spend the day trapped in a beauty salon while outside, Hamas police fight a gang who stole a lioness from Gaza’s only zoo.

Seating is on a first come, first served basis, so please come early to reserve your seat and avoid disappointment!. This screening will also be held outdoors, please dress warmly!

Twin brothers Tarzan and Arab hail from Gaza. They were born in 1988, one year after the last cinemas in Gaza were closed. After graduating in fine arts from Al-Aqsa University, the brothers developed their passion for filmmaking.

In May 2013, their short film Condom Lead premiered in official competition at the Cannes Film Festival as the first Palestinian film in this section.