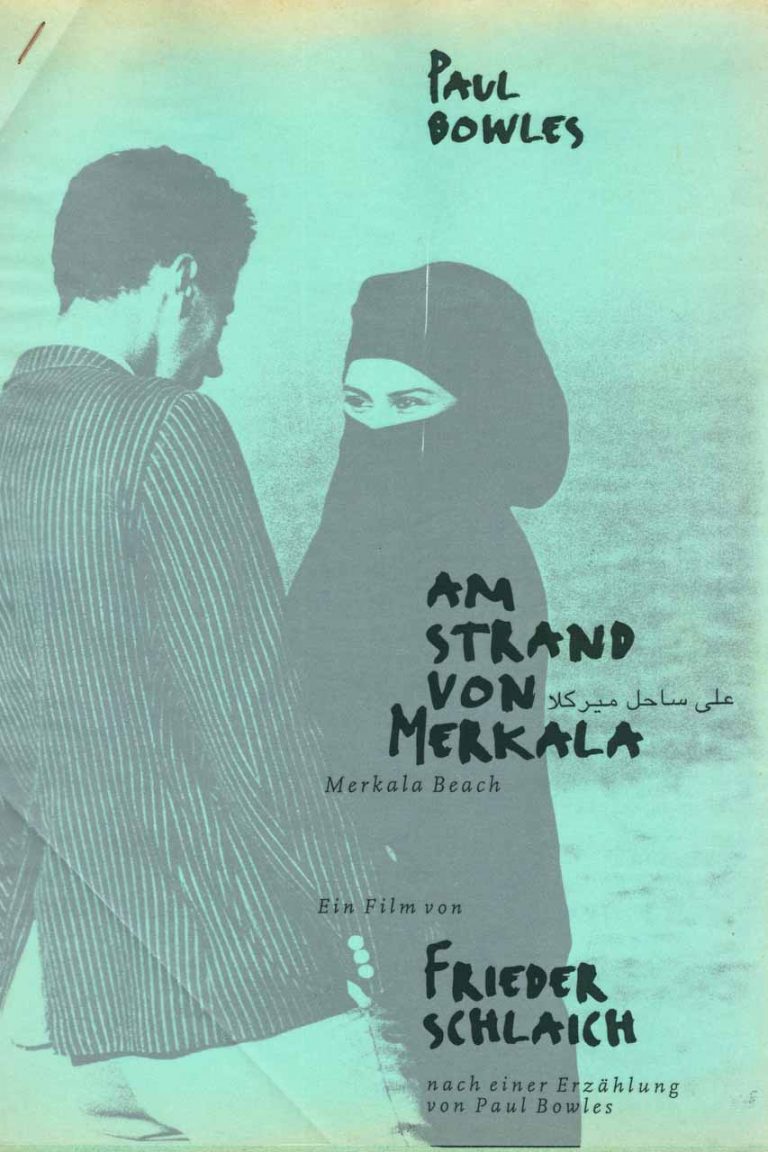 Merkala Beach, By Frieder Schlaich | 30mn | 1993
MERKALA BEACH tells of two young men in Tangier, one of whom prefers to smoke kif, while the other prefers to drink alcohol. When they both fall in love with the same beautiful girl, their friendship is put to the ultimate test. MERKALA BEACH is part of the feature film PAUL BOWLES – HALFMOON, based on three short stories by Paul Bowles.

After studying visual communication at the Academy of Fine Arts in Hamburg, Frieder Schlaich opened the video library Filmgalerie 451 in Stuttgart together with Irene von Alberti in 1987.
In 1992 it became a film distribution and video label (today: DVD), under which Irene von Alberti and Frieder Schlaich also produce their own films.
In 1995 Frieder Schlaich celebrated his first success as a director with PAUL BOWLES – HALFMOON, an episodic film based on three short stories by the American cult author Paul Bowles, which he realised together with Irene von Alberti. His first feature film OTOMO, starring Isaach de Bankolé and Eva Mattes, is based on the true story of an African asylum seeker and won the “Diversity in Spirit Award” in Vancouver and the “Golden Rosa Camuna” in Bergamo in 2000.

Other films he realised as a director are: CAUSE I HAVE THE LOOKS and NAOMI’S JOURNEY, which together with OTOMO form a trilogy about migration and racism in Germany; and the documentary films THREE STONES FOR JEAN GENET with Patti Smith and CHANCE 2000, which documents Christoph Schlingensief’s legendary political and theatrical project from 1998.