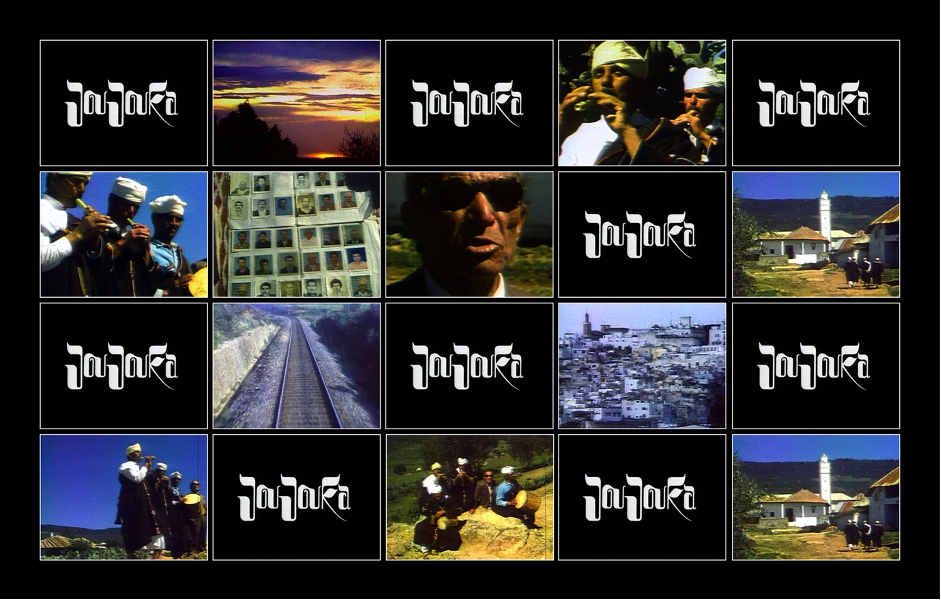 Joujouka is a short film shot on Super 8 in Morocco in 1995 and 1996. Having brought the Master Musicians of Joujouka to Ireland for the 1992 Here to Go Show featuring William Burroughs and Brion Gysin artworks Rynne went to Morocco in 1994 to record MMO Joujouka and ended up in Marrakesh also where he recorded the Gnoua troupe led by Mallim Hassan L’Gadiri.

This short evocatively follows the path of the Beats and Brian Jones from Tangier to Joujouka and  on to Marrakesh relying on music and repetition to evoke the spirit of Sufi trance in the Morocco of the mid-1990s.

In Joujouka Mohamed Hamri, the self-styled, Painter of Morooco, adds his presence.

The film was shown at many counterculture events in the 1990s including at the ICA and the Horse Hospital in London and at performance by Master Musicians of Joujouka and the rai hop art group Islamic Diggers.