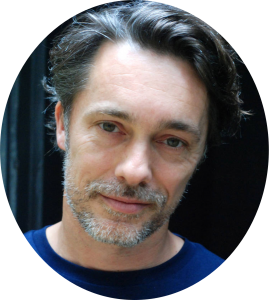 Jan-Willem van EWIJK (1970) grew up in the Netherlands and California. At the age of nineteen, he moved back to Delft to study Aerospace Engineering.
After graduating, Van Ewijk worked in the field of engineering until in 2002, when he changed course, quit his job and wrote and directed his first feature film, (2006). One year later, his debut was awarded Best Film at the European Independent Film Festival in Paris. His second feature film,

An independent film, independent movie, indie film, or indie movie is a feature film or short film that is produced outside the major film studio system, in addition to being produced and distributed by independent entertainment companies. Independent films are sometimes distinguishable by their content and style and the way in which the filmmakers’ personal artistic vision is realized. Usually, but not always, independent films are made with considerably lower budgets than major studio films

They also should check the courses and references videos bellow.

Young Moroccan fisherman Fettah feels lost between two worlds; his poor yet familiar village on the Atlantic coast and the exciting world of the rich European tourists who come there every summer to surf. One summer, he befriends Alexandra (Thekla Reuten). Once she has left, Fettah feels more than ever like a prisoner in the village. He decides to go to Europe – on his surfboard. It is a long, hazardous and lonely journey, 300 miles across the open sea. Every wave brings new doubts and dangers. His dreams and memories start to play with him. Every day, the horizon is still just as far away.
The stunning scenes in the open ocean are convincing in their beauty, but also because both the director and the principal actor, champion windsurfer Fettah Lamara, are devotees of the sport. The screenplay is partly based on Van Ewijk’s own experiences in the small fishing village and windsurfer’s paradise of Moulay Bouzerktoun in Morocco

Introduction with a small sumup by the expert about his experience in filmmaking.

JAN WILLEM will get deep into his vision of filmmaking. He will share his way of thinking and working by giving some tips and tricks that can be used in your future film or art projects