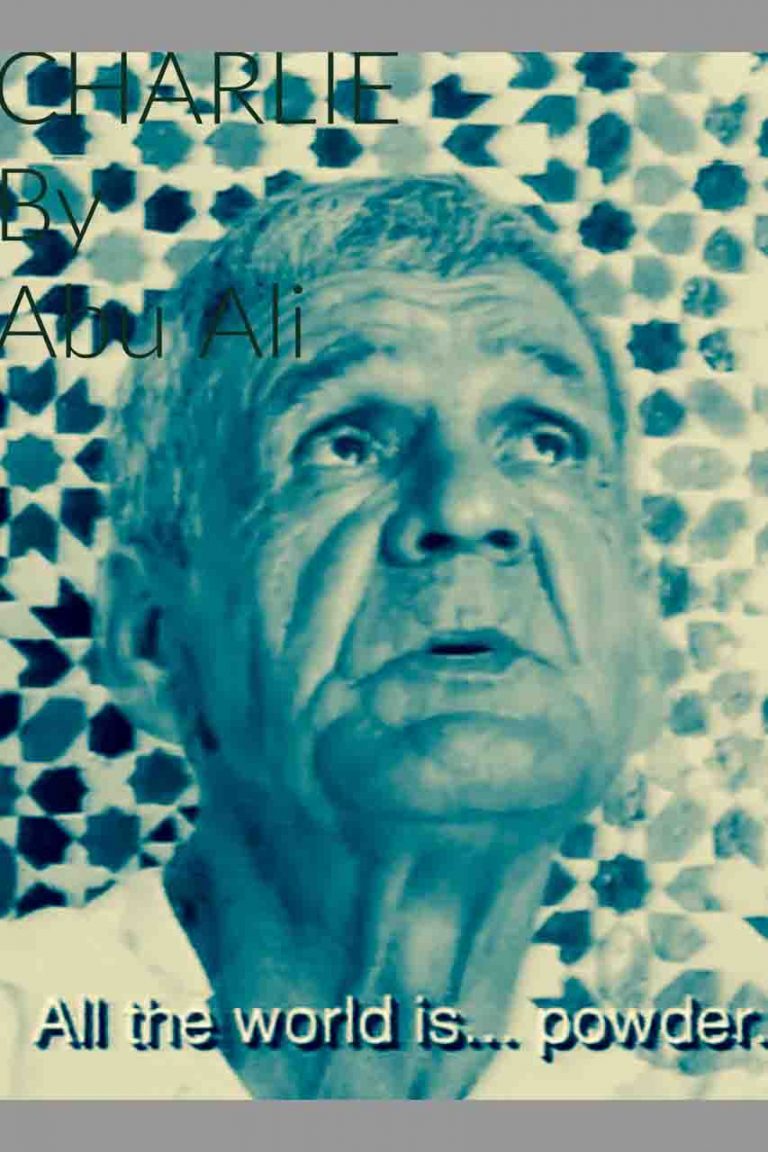 Charlie, By Abu Ali | 30 mn | 2000|
“Welcome to Tangier is like your home, happy, very happy and nothing else. Why not ?…. Go go and look for Charlie you will be in good hands you know what I mean in good ?….in good hands, he will help you around and …. do you understand my friend’ “ This tape is a mix that comes from the largest, Archives Charlie. 6th Independent Vídeo & Interactive Phenomena Show

As a filmmaker and video artist, his films inhabit a no-mans-land that lies between experimental essay and poetry, evoking a sense of trance and reality of dreams.

His first works, in Barcelona, New York and Tangier, questioned the beauty and mystery of the marginal and fleeting.
The idea that criticism should be a medium to help to illuminate and facilitate the creation of new worlds lead him to reflection and an experimentation with the relationships between video and visionary, internal experience and visions protected between worlds, space and time, between the real and unreal, dreams and wakefulness, poetry and prophecy… As a journey not only that one takes, but as a way to erase limits and borders.

Toni Serra has been awarded the Nam June Paik Video Award for Istishara Archives(2006) and the 2002 Barcelona City Award of Visual Arts for the video installation of the exhibition “Fes. Interior City” (CCCB, 2002). He has worked on other projects such as Ru’a [visions] or Babylonian Archives, and in 2015 and 2017 he has given workshops at Carleton College (USA). Serra is also a founding member and co-director of OVNI ( www.desorg.org ), a video makers collective associated with the CCCB. His works have been exhibited in numerous institutions around the world.
Abu Ali passed away in Barcelona on 21 November 2019. Among his more recent works are Sol de mitjanit (Midnight Sun) the video that he wanted to say farewell to his friends and that has been posted on the OVNI website.
Lived and worked between Barcelona ( Spain ) and Duar El Mesuar ( Morocco ).