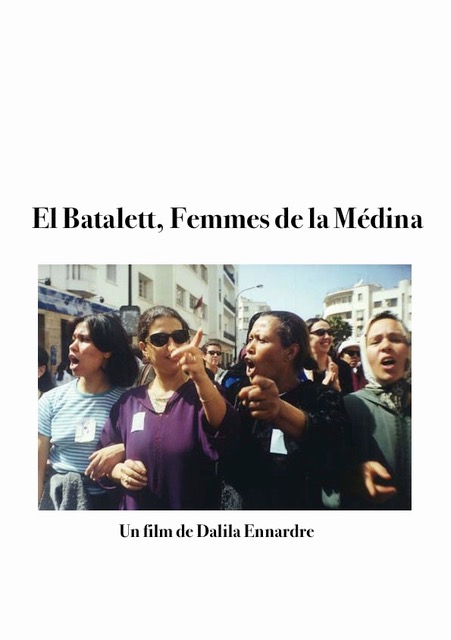 The film is located in the heart of the old Medina of Casablanca, a historic district of the Moroccan city. The film portrays a group of women who have lived there since childhood. Together, they give a complex image of the popular Moroccan woman, modern and urban woman, far from the orientalist clichés which decry her submissive or lascivious. Between laughter and tears, the director shared their daily life for several months, in the hammam, in their homes and in the streets of the old city…. Through the eyes of these “Batalett” who reinvent each day a small world of their own, we live through major events in Morocco : the death of King Hassan II in August 1999, the march of women for their rights in March 2000, but also the realities of immigration and the difficulties to survive.

Dalila Ennadre was born in Casablanca in 1966. After growing up in Paris, she lived in Guyana, Germany, Morocco and Canada. In Montreal, she directed her first documentary film, ‘By the Grace of Allah’ (1987).
Upon returning to Paris in 1996, she directed several documentary films, which received awards from various international film festivals.