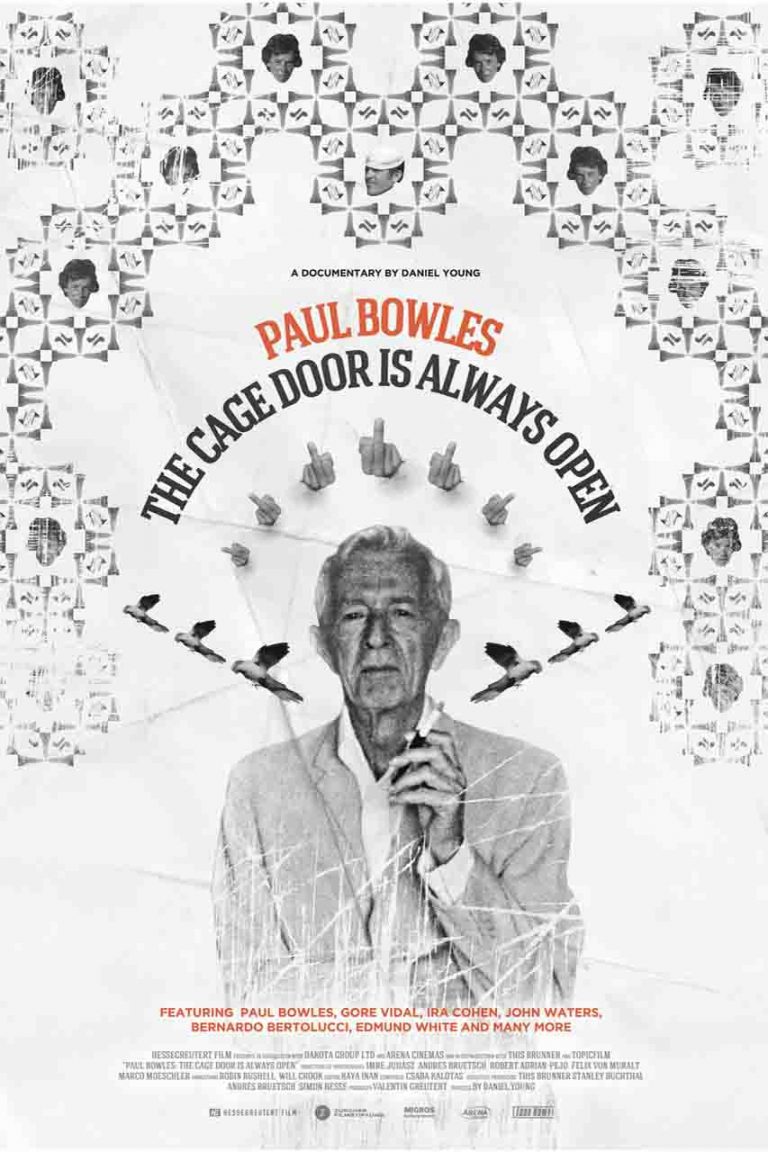 Even though his musical and literary oeuvre is neither large nor very well known apart from his bestseller-novel «The Sheltering Sky», the American composer and author Paul Bowles (1910-1999) was a man of immense charisma and influence.

When he moved to Tangier (Morocco) in 1949, it was a city divided into zones, a sanctuary for artists, writers and the wealthy to do as they pleased without fear of prosecution.

Soon, Paul‘s friends and peers from America began visiting: Tennessee Williams,Truman Capote, Gore Vidal, Jack Kerouac, Alan Ginsberg, William Burroughs and many others. The Neo-Lost Generation, the Beats, the Hippies all searched him out, lured by the mysterious and magical world he depicted in his books.

But that was only one side. Though Paul Bowles never hid his homosexuality, he was
married to the lesbian writer Jane Bowles. What attracted them despite their extremely different personalities was a shared worldview: that one must travel to the point of no return in order to find salvation.

Based on an exclusive series of interviews with Bowles shortly before his death and
anecdotes provided by his friends and collaborators, the film tells of a daring and visionary life and a relationship shaped by a co-dependency that went way beyond sexuality.

Daniel Young was born and raised in Houston, Texas. After completing his BA at UT Austin in history and psychology, he moved to Hungary to begin his film career.

He has directed three feature films, written six scripts and directed and produced over a hundred commercials.