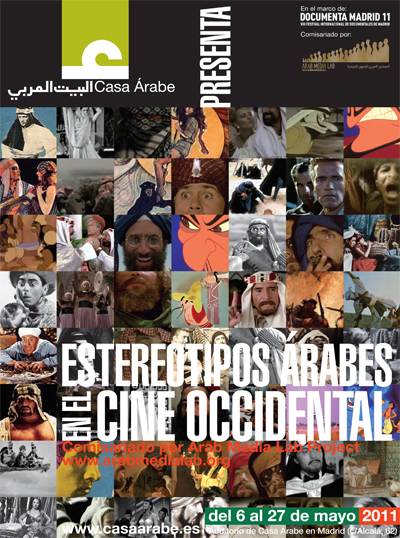 In a collaboration with Casa Arabe in Madrid, Arab Media lab will present a special program

In this program curated by ARAB MEDIA LAB PROJECT, various examples and extracts from films will be shown to the public, in order to bring a close look at these issues.

In the seminar session, we will focus on the Major illustration of ARABS in the Hollywood films. (From silent films and mixed medias representations; to essays about the current Arabs stereotypes on post 11.9)

This program also features a screening film sessions of works on Edward said (Orientalism), Jack Shaheen ( Reel bad Arabs ). It also opens the doors to a new generation of Arab media Artists, such Jackie salloum, abdelaziz Taleb and Abdellatif Benfaidoul, who dedicated part of their works to explore directly or indirectly the Arab stereotypes in western culture.

Edward Said’s book Orientalism has been profoundly influential in a diverse range of disciplines since its publication in 1978. In this engaging and lavishly illustrated interview he talks about the context within which the book was conceived, its main themes, and how its original thesis relates to the contemporary understanding of “the Orient” as represented in the mass media.

Silent films era have made a part of its succes by stereotyping Arabs. Most of these films share a common theme of power-hungry, brutal Arabs ultimately defeated by white westerners. Rudolph Valentino’s roles in The Sheik (1921) and The Son of the Sheik (1926) set the stage for the exploration and negative portrayal of Arabs in Hollywood films. Both represented Arab characters as thieves, charlatans, murderers, and brutes.

In this short film , produced by ARAB MEDIA LAB PROJECT, we try to show some extracts of this brutal representation that went on for long years, and which somehow contributed insetting up an unconscious portrayal of THE ARAB in the mind of western culture.

A trailer-esque montage spectacle of Hollywood’s relentless vilification and dehumanization of Arabs and Muslims. Inspired by the book “Reel Bad Arabs” by Dr. Jack Shaheen

A dutch official is selecting individuals, he is asking them questions, the only reaction after answering his questions is: accepted or, not accepted, in a very arrogant way full of fear and stereotypes.Long documentary

This groundbreaking documentary dissects a slanderous aspect of cinematic history that has run virtually unchallenged from the earliest days of silent film to today’s biggest Hollywood blockbusters. Featuring acclaimed author Dr. Jack Shaheen, the film explores a long line of degrading images of Arabs–from Bedouin bandits and submissive maidens to sinister sheikhs and gun-wielding “terrorists”–along the way offering devastating insights into the origin of these stereotypic images, their development at key points in US history, and why they matter so much today. 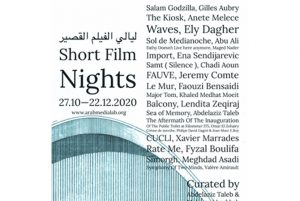 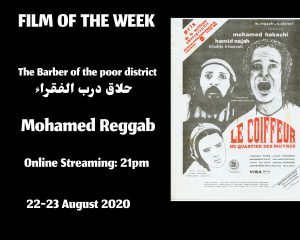 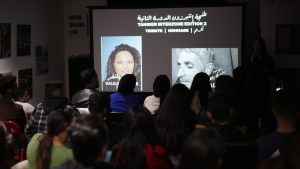